Skip to content
HomeEndorsements For Karl Barth and the Incarnation 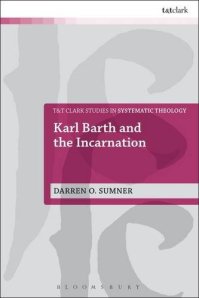 The revised version of my dissertation will be available in November (look for it at the T&T Clark booth at the AAR/SBL meeting in San Diego), though the publisher is now taking orders for the digital edition. They have also slashed the price in anticipation of the release — now on sale for a mere $78 for the hardback edition.

I am very grateful to have received endorsements for the book from three scholars who are at the top of the field in Barth studies. From the back jacket:

In this first-rate study of Barth’s Christology, Darren Sumner argues convincingly that Barth stands in continuity with the intent and direction of the orthodox Christological tradition, but at the same time transposes it from a static to a dynamic form more faithful to the scriptural witness to the living God who freely determines to be God with and for us in Jesus Christ. The material focus of the volume is on what Sumner calls the ‘scarlet thread’ that runs through the Church Dogmatics: that from all eternity God has chosen to include the humanity assumed by his Word as integral to his divine identity and that misuse of the doctrine of logos asarkos subverts this truth. Sumner’s bold defence of this claim and his analysis of the disputed issues related to it, such as divine immutability and impassibility, make this volume a solid contribution to Barth studies.

In this carefully argued book, Darren Sumner advances our understanding of Barth’s Christology. He discusses Barth’s later work in Church Dogmatics only in the light of his earlier writings. He delves into important topics like Logos Christology, kenosis, the extra calvinisticum, and divine impassibility. This is definitely a book to be reckoned with, not only by those who will agree with it, but also by those who may see things somewhat differently. The argument is fair-minded throughout.

Historically informed, interpretatively judicious, and systematically discriminating, Karl Barth and the Incarnation is a terrific contribution to Barth studies. Those seeking to understand Barth’s complex relationship to his forebears and those looking to appreciate the innovative christological perspective of the Dogmatics will profit greatly from Sumner’s elegant and suggestive work. 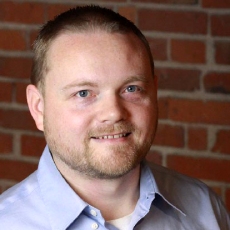 I am a husband, father of three, and an instructor in theology and church history. Semper Reformanda. Read more

Karl Barth and the Incarnation
Christology and the Humility of God
(T&T Clark, 2014)